Daniel Croft competing in the 10-11 year old boys category on Saturday 28th unfortunately loosing in round one 5-0 to Scotland elite boys athlete.

Kieran Nunkoo competing on Sunday 29th in the male under 21years category. After 4 hard rounds Kieran won his 10th British national gold medal at the age of 19, what an amazing achievement.

Kieran was now competing in the mens senior category 16+, his coach’s Anthony and Sensei Sat had no expectations in this category as even though keiran is a talented athlete and has a bright future ahead of him he is only 19 years of age and was drawn against much stronger and seasoned athletes whom have been on the circuit and competed at senior Europeans and worlds.

There was 38entries over 2 pools , Kieran drawn against Wales number 1 and 2, Scotland’s number 1 and England Seniors number 2 all in his pool. Kieran needed 7 rounds to win gold. Kieran lost in the final to Englands senior no 1.

Kieran in total competed in 10 rounds within 2 hours, he won a gold and silver this was amazing especially just narowly missing out on double gold by one flag.

Last up was Sophie Santillo in the -55 female senior category. After a good first round 4-0 against a very talented kicker. Sophie then reached the semi’s and lost 0-3 against the overall winner. Having lost out Sophie had to fight for bronze and took the Bronze winning 8-0!

Sensei Sat commented “To take 4 competitors to the 4 Nations and come back with 2 Gold’s, 1 Silver, 1 Bronze and placing 13th in the tally is an amazing feat in itself, that said we could have possibly done better in fighting but that was more a mental loss and another learning curve that we need to address. That said I am always very proud of my team and even in defeat we never loose we learn! All in all a good day but areas to improve on. My thanks goes to kata coach Anthony who is doing an amazing job on the kata squad!” 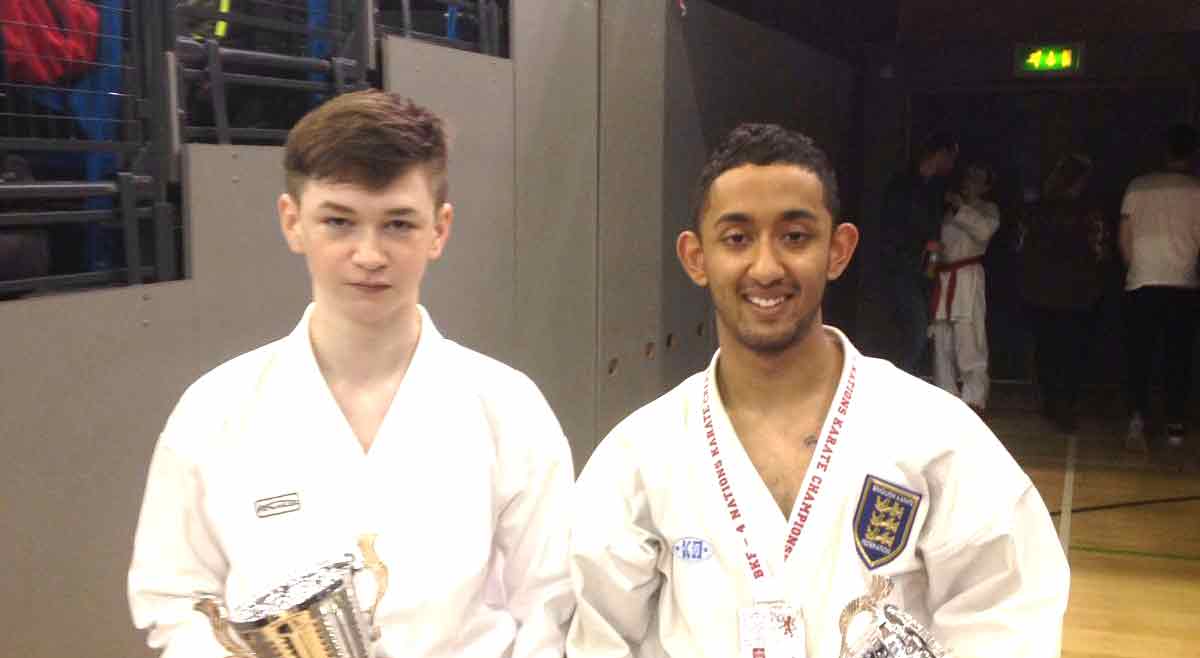