Both FSK fighters won medals for Team FKA at last weekends (20th/21st March 2010) Championships. Perry Dee in the Lighweight mens division and David Thomas who lost to the eventual winner in the semi finals in the heavyweight Boys Section (14-15 yrs). FSK Paul Ellis is suffering from injury and had to pull out before the day. 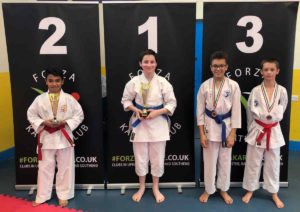